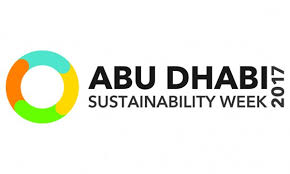 On the occasion of the Abu Dhabi Sustainability Week and the World Future Energy Summit in Abu Dhabi, the “French Efficiency – Clean Energy” regional Club for the Middle East will be officially launched on Monday 16th January 2017.

Recognizing the importance of the new industrial revolution that energy systems are undergoing, France is encouraging the development of such regional clubs in key areas of the world to facilitate knowledge of the technologies and solutions offered by its companies, to foster partnerships and to support the deployment of renewable and clean energies.

Considering the leadership role played by the UAE in pioneering renewable and clean energy in the region and beyond, the Middle East Club will be a tool to facilitate exchanges and interaction with all concerned private and public, local and multilateral actors of the clean energy sector in the Middle East, and will develop active cooperation with the similar French Club for Eastern Africa and the Indian Ocean set up last May 2016 in Nairobi.

This event underlines the importance of an already long lasting cooperation between the French industry and the UAE as well as other countries of the region, and stresses the willingness to reinforce it as a way to contribute to the implementation of the Paris agreements on climate change for the sake of our planet's future.

The launching event will take place on Monday 16th January 2017 at 12.30 pm at the TechTalk Theatre in the WFES section of the Abu Dhabi National Exhibition Centre (ADNEC). The “French Efficiency – Clean Energy” regional Club for the Middle East will be launched by:

– Mr. Michel Miraillet, Ambassador of France in the United Arab Emirates In presence of:

– Ms. Brigitte Collet, Ambassador for Renewable Energy & Prevention of Climate Risk – and the French official delegation to the IRENA Assembly and to the ADSW.

French Embassy in the UAE: